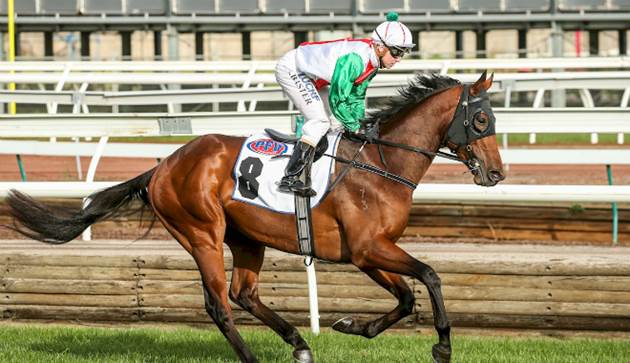 Veterinary examination on Saturday which was required due to an ongoing leg injury.

His left foreleg, which was injured during last month’s Caulfield Cup, was graded two for soreness on a scale of one to five by veterinarians. This concludes that Jon Snow is been found to be lame, and is not be permitted to accept for the Melbourne Cup by The Victorian Racing Club Committee.

This decision means that New Zealanders will not get the chance to cheer on a Kiwi-trained runner in tomorrow’s Melbourne Cup- and this has caused immediate controversy.

Trainers, Murray Baker and Andrew Forsman are disappointed with the decision that Jon Snow can not run in the A$6.2 million race. They believe that there is “nothing wrong with the star stayer.”

“He’s got a very shallow foot in his near fore, but he worked brilliantly this morning and Stephen Baster said he felt great and he’s been the same throughout his career. It doesn’t worry him when he’s warmed up.”

“They said he’s two out of five lame and there’s not much you can do about it. He’s working well and racing well so there’s not much wrong with him in my opinion,” Baker told NZ Racing Desk.

Lameness is an abnormal gait or stance of an animal that is the result of dysfunction of the locomotor system. In the horse, it is most commonly caused by pain, but can be due to neurologic or mechanical dysfunction. Lameness is a common veterinary problem in racehorses and is one of the most costly health problems for the equine industry, both monetarily for the cost of diagnosis and treatment, and for the cost of time off resulting in loss-of-use.

How is Lameness Diagnosed?

Diagnosing lameness in horses can be difficult, time-consuming and frustrating.  Veterinarians develop their own protocols in assessing lameness but all will include medical history examinations, motion appraisals and potentially imaging tests. These imaging tests include ultrasound scans and X-rays. In difficult-to-diagnose or high-value cases, bone scans, MRI (Magnetic Resonance Imaging) and Scintigraphy may be used.

Given the value of the horse going forward, it seems hard to imagine why Baker would want to take an unnecessary risk with a four-year-old who has already won more than $2 million in stakes.

The race that stops the nation has its 24 runners all confirmed and set to face the Melbourne Cup starter at 3pm (AEST) this Tuesday, November 7th.