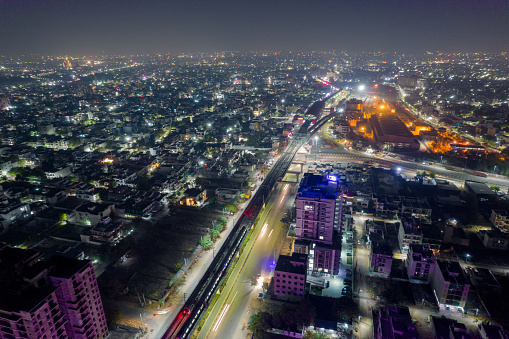 Lucknow is one of the most popular tourist destinations in the nation, attracting visitors from all over the world. Although tourists come to this city mostly to eat the local specialities like kebabs and biryanis, other attractions are well worth seeing. For those who are unsure whether it is worthwhile to visit the city, we have put together a list of must-see sights, restaurants, and activities that make the City of Nawabs a noteworthy tourist destination.

Why travel to Lucknow?

I’ll confess that there aren’t a tonne of things to do in Lucknow, but they do say that quality is more important than number. This place is the ideal Indian escape if you love history, as I do. On every corner, it boasts a landmark or historical place! An advantage is that it isn’t as touristy as Rajasthan, Varanasi, or Agra.

I was quite amazed by this unknown city. The structures were incredibly vibrant, detailed, and inspiring. You can also tour the parks, the Gomti River, and the numerous historic markets. To fully explore the city, I advise selecting the option of a Car on Rent in Lucknow.

The best attractions in Lucknow are listed below; be sure to include them on your schedule while you’re here.

The famed Bara Imambara, Lucknow’s crown jewel, is the first stop on the schedule. While you’re here, you’ll come across the word “Nawab” a lot because these men left behind some truly magnificent heritage structures from the height of the Awadh era. It was constructed as a relief effort during a famine that the city experienced at this time. It is still in use and serves as a mosque for Muslims. Today, it is a beautiful complex to explore.

Chota is the following Imambara to be added to the heritage list. It was erected as a house of worship in 1839 and now serves as Mohammed Ali Shah’s tomb. It is a beautiful edifice with wonderful architecture from the exterior, and the gardens around it are also worth seeing.

There isn’t even a google pin for this attraction yet because it is so new! There is a crowded musical fountain that performs in the evening. It has a really pleasant atmosphere. Although most folks are taking selfies, it’s still pleasant to stroll about. If you are interested, you could also purchase a ticket for a roundtrip boat ride to the Gomti river for 100 rupees.

There are many markets to select from in Lucknow if you do feel like doing some shopping. The oldest and largest market in Lucknow is Aminabad Market, which is around two kilometres from the train station. It has stood here since the time of the Nawab. You can buy anything, including ‘Chikan’ work, clothing, shoes, food, and baskets.

The Clock Tower, the Planetarium, and the Picture Gallery are just a few other monuments to explore. Every corner has a historical landmark, as I already stated. I was astonished by how much I liked my trip to Lucknow, which proves that a random flight can lead to an improbable weekend experience. Using a Taxi service in Lucknow to book a ride would be quite helpful. I would strongly advise you to put it on your list if you haven’t thought about going there yet.