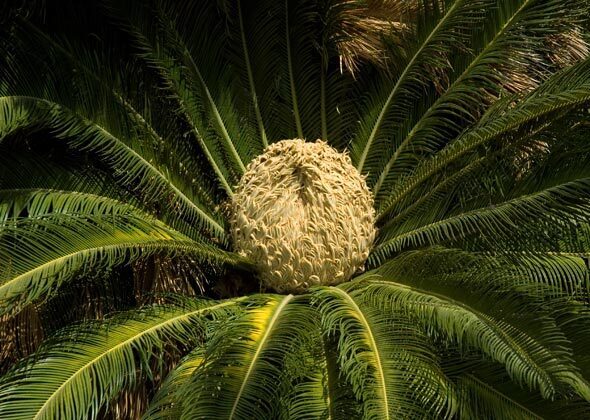 Even though it is named Sago’s palm, it isn’t specifically a true palm tree. These plants are sensitive to cold and dark environments and enjoy the humidity around them.

Almost all parts of these plants are poisonous and toxic, but the most toxic among them are seeds, or you may call nuts; these nuts may cause extreme levels of toxicity to pets. Even the tiny quantity ingestion of these nuts can cause a severe problem in your pets and can be a sign of danger for you.

One of the top dog walking company in San Francisco, CA says “This Sago palm contains numerous toxic compounds that cause the GI tract to upset the pets and cause severe nervous system breakdown and damage to the liver.”

Clinical Signs of toxicity caused by Sago’s palm may be seen as early as 10 minutes after ingestion, although in some cases, signs might not be seen for many hours.

As we discussed earlier that all parts of these Sago plants are toxic, seeds being the most toxic ones. These plants contain a compound, namely, Cycasin, which acts as a primary active toxic agent resulting in extreme liver failure in dogs—eating these nuts results in acute to chronic level gastrointestinal signs, which include continuous vomiting, diarrhea, in appetence, etc., within 10 minutes to several hours of ingestion.

Intake of these seeds also results in severe nervous breakdown, severe weakness, and clinical signs include ataxia, tremors, and seizures.

Utmost Liver failure in dogs can also be seen as the result of ingestion of these nuts or seeds, which can be seen within 2 to 3 days after ingestion. Clinical signs of liver failure include vomiting, diarrhea, lethargy with abdominal fluid accumulation in the stomach, also jaundice, abdominal pain, and black-colored stool can be seen as its clinical symptoms.

Sago’s palm belongs to the family of cycas grown in tropical and subtropical climates and is quite popular as an indoor houseplant.

The seeds of this plant serve the core purpose of causing toxicity and poisonous reactions to the pets, although the whole plant is toxic for pets. Cycasin is the main toxic compound found in these seeds serving as the criminal.

Diagnosis can be performed based on detecting ingestion of the plant or seeds; if you’re sure about the ingestion, you need to visit the nearest veterinary doctor, and if you are not sure about it, you are left with the symptoms that might lead you to hint towards the ingestion of sago palm seeds.

If you are confused about the ingestion, and your dog shows up with the symptoms, the doctor might run blood and urine sample tests for confirmation.

Due to the high catastrophe rate of Sago palm toxicity in dogs, hostile treatment is the foremost choice for dogs that have ingested any part or seeds of this plant.

The doctor will generally give an injection such as Apomorphine to induce vomiting; also, activated charcoal may also be offered to the dog by the doctor to soak up toxic and poisonous compounds if present internally.

If this toxicant attacks the liver, causing liver damage, some sudden treatment and protocols should be carried out, which include: blood plasma transfusion, Vitamin K injections, gastro protection, and fluid therapy. Along with these protocols, additional pain killers might be suggested by the Veterinarian to your dog after the complete observation.

Sago palms are very toxic for pets, especially dogs and cats. Toxicity is quite dangerous and can cause severe loss; ultimate care and treatment and decontamination should be initiated as the first priority. Even with this aggressive and antagonist treatment, the survival rate is around 50 percent.